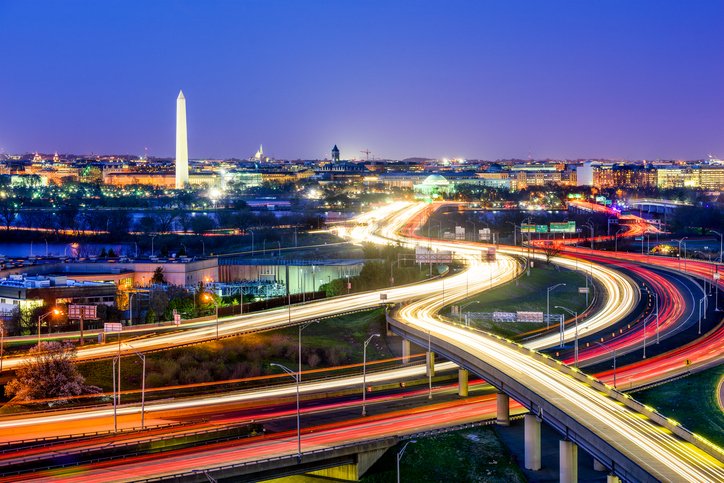 Are Agency Relocations Dead After The Teleworking Pandemic?

You’ve probably seen the headlines, but federal moves and reallocations have gotten a bad rap in the past few years.

Theoretically, they should move in-demand skills to places they need them most, provide new work experiences for federal employees and executives, and maybe, just maybe, save the government a few dollars in the process.

The federal government moves more than 29,000 employees worth $ 1.3 billion each year, according to data from the General Services Administration.

The military is constantly moving its members on active duty, but civilian staff transfers and reassignments have made some bad headlines – at least in some corners of the government.

The Ministry of the Interior transferred a few dozen of its senior executives to new positions in 2017, some of them to new geographical locations. It didn’t go very well.

And while Interior likely followed SES reassignment rules – agencies must give executives a specific deadline and can’t move employees within the first 120 days of a new boss’s tenure – the relocations demoralized Interior’s career managers.

Most Interior executives eventually made the move or transfer; after all, they are mandatory. Some have quit. A few retired or their reallocations were revoked.

Managers typically expect the possibility of reassignment or relocation; it is part of the job description when you register as an SES member. Theoretically, these steps should be integrated into a manager’s professional development plan.

The situation was very different for the employees of two research offices at the Ministry of Agriculture and the Bureau of Land Management des Interior.

The USDA billed the move of employees of the Economic Research Service and the National Institute of Food and Agriculture in 2019 as a cost-saving measure – and as a way to bring people and resources closer to the customers they serve.

The department admitted some churn would likely occur, but said the move will give the USDA an opportunity to recruit new talent in the local Kansas City area.

Approximately 40 to 60% of ERS and NIFA employees have left their agencies and the department is still struggling to fill these positions.

Something similar happened at the Bureau of Land Management about a year later when Interior announced plans to move BLM headquarters to Grand Junction, Colorado.

More than 80% of the employees affected by the BLM move have not moved, said the Interior Ministry. New political leaders in the department say they are reviewing the BLM’s move.

What’s wrong with this picture?

Some employees involved in the three moves described above will say they were an attempt to send a message about their agencies and the value of their work – or a desire to get federal bureaucrats out of the “swamp”.

The examples Interior, USDA and BLM are perhaps special cases. Most moves don’t fire congressmen or make headlines. Many executives have found value in it.

Still, it’s not surprising that a recent survey by BGRS, a talent mobility company, and the Senior Executives Association found that relocations often fail to achieve the goals they are theoretically supposed to achieve.

BGRS and SEA surveyed and interviewed agency executives and hiring officials of the US and Canadian governments about their relocation practices.

About 52% of federal executives viewed relocation as a very or moderately effective tool for skills development, while 54% said it was an effective succession planning tool for high-level talent.

Researchers found that the U.S. government often struggles to link relocation to talent management and professional development, and agencies rarely map these changes onto succession and staffing plans.

Yes, the private sector uses relocations to move certain skills to places where they are most needed, but it also uses them as a tool to purposely help talent develop desired skills and competencies, researchers said.

About 54% of agency executives said that relocation resulted in very or moderate cost savings, but a third disagreed.

A senior executive told researchers that failed moves are “cleaned up but never learned from”.

And only 19% of U.S. executives are confident that their agencies have the data and tools they need to track how much these relocations are actually costing – and whether they are actually making savings by moving employees.

So what’s the point here?

Well, those aren’t exactly excellent marks for a relocation program that costs the federal government more than a billion dollars annually.

Sure, executives know that mandatory reassignments and transfers are part of the job. But when it comes to moving abroad, you want the experience to be worth the time, money, and stress that it puts on you, your family, and your agency, right?

And as we saw recently, the moving experience can even drive employees out the door.

Then there’s the prospect of what’s next. The pandemic has forced teleworking and remote working billing among most governments, and authorities are revising their policies to be more flexible.

If work is what you do (not where you do it) federal relocations are dead? Why do managers move to new locations when they can take on a new role from the couch?

Researchers from BGRS and the Senior Executives Association are not so quick to say. They say agencies have a broader way of reimagining where and how employees work – and that includes how they think about career development and relocations.

If you’ve been through a move or reallocation how was the experience? Was it worth it, or was it more of an effort than it’s worth?

Almost every film ends with the disclaimer: â€œThis is a work of fiction. Any resemblance to real people, living or dead, or actual events is purely coincidental. â€In 1933 the exiled Russian Prince Felix Yusupov, the man who murdered Rasputin, sued MGM for defamation for the filmâ€œ Rasputin and the Empress â€. Yusupov argued that although the names were changed in the film, the characters could easily be identified as he and his wife.

How to choose the best days to work from home

Local workers are being left behind in the rise of telecommuting

The green transition is gaining momentum among companies and workers

The Dulles Airport Transit Extension opens at a difficult time